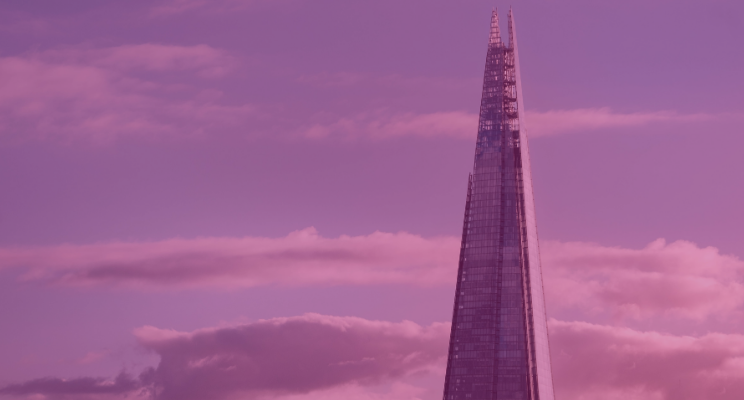 This article is a simple list of 5 facts that will help you understand point cloud technology. Including how and why point clouds are generated, then used to measure physical spaces.

Point clouds are datasets that represent objects or space. These points represent the X, Y, and Z geometric coordinates of a single point on an underlying sampled surface. Point clouds are a means of collating a large number of single spatial measurements into a dataset that can then represent a whole. When colour information is present, the point cloud becomes 4D.

Point clouds are most commonly generated using 3D laser scanners and LiDAR (light detection and ranging) technology and techniques. Here, each point represents a single laser scan measurement. These scans are then stitched together, creating a complete capture of a scene, using a process called ‘registration’. Conversely, point clouds can be synthetically generated from a computer program.

To understand how and why point clouds are generated, then used to measure physical spaces, we have put together a simple list of 5 facts that will help you understand point cloud technology.

Using individual, unrelated points is a key to point clouds usefulness. Point clouds are relatively easy to edit, display and to filter, and free software exists to do so. A computer does not have to care about scale or rotation of points, only the position and maybe colour. This makes them a fantastic way to store huge amounts of detailed data.

Point clouds are also a non-intrusive way to measure building or object properties. Sites such as hospitals, schools, and sporting venues don't have to be shut down in order to be measured. Instead, those measurements can be taken after closing time – during downtime or out of hours. Those measurements are also far more precise and detailed than anything survey technology is capable of otherwise producing. Before point clouds, 3D surveys more or less did not occur.

Fact 2: There are many many point cloud formats

There are hundreds of available file formats for 3D modelling. This can create a headache where interoperability is concerned. Different scanners produce raw data in multiple formats. Different processing software can accept some of these file types, and each piece of software has different exporting capabilities.

Output formats are also determined by what you want to do with the data, and who needs it. If you wanted to store the data away for the next 20 years, you’ll probably be best storing the point cloud as an ASCII file, this stores the point cloud as a basic, generic set of XYZ co-ordinates that you can even open in a text document as a last resort. But be wary that ASCII removes any colour or vector information from the point cloud and can make it difficult to get back into software packages.

Fact 3: There is a point cloud library

The wide-ranging use of point clouds mean that no one software company or organisation can own the whole process. To reflect this, the Point Cloud Library (or PCL) was set up as a large scale, open project for 2D/3D image and point cloud processing. The PCL framework contains numerous algorithms including filtering, feature estimation, surface reconstruction, registration, model fitting and segmentation.

PCL is open source software. It is free for commercial and research use.  It is cross-platform, and has been successfully compiled and deployed on Linux, MacOS, Windows, and Android/iOS.

To simplify development, PCL splits into a series of smaller code libraries, that can be compiled separately. This modularity is important for distributing PCL on platforms with reduced computational or size constraints.

The key factor in acquiring point cloud data is the access/visibility to scanned surfaces. In most cases, point clouds are obtained by visible access to real objects. This means that simply to cover all scanning positions takes time.

Aligning laser scans taken from all these scanning positions can also be a problem. You can attempt to align scans on site by setting and moving targets, or you can produce many more overlapping targetless scans and carry out the manually intensive job of combining and cross-checking scans in front of a computer back at the office. Traditionally, any time saved in the field by avoiding target placement has been more than paid for with time spent in the office.

For example, a 130 scan point cloud dataset of a medium-sized building could take nearly 25 hours to process. Those scans may have only taken a day to collect, but manual involvement in processing means that the registration of that point cloud dataset can take aroundt 3 days to carry out, and potentially longer if manual correction is necessary.  A 28-scan dataset using traditional methods would typically take 4 hours to complete. The missing link for the development of practical targetless registration is automated processing software.

Point clouds are becoming more relevant in a wide range of application areas. Data availability, accuracy, density, and size of 3D point clouds are forecast to vastly increase within the next years. Developments in technology will push scanners and point clouds to realise this potential.

Most existing registration solutions work by identifying features such as artificial targets, planes, lines in each scan. Those objects are then used as references to align overlapping scans. However, advances in machine learning now mean that “natural features” in a scanned environment can be used instead as “virtual” references. There can be millions of such natural features identified in a typical scan leading to faster alignment and better accuracy.

Using these techniques, the efficiency of point cloud processing have already been improved by as much as  40%-80% in some cases.  For example, the 28-scan dataset highlighted earlier would now take around one hour to complete rather than four. The cost savings generated by these new techniques open up opportunities for yet more novel point cloud applications. With new people are already entering the market as point cloud producers and users, the future looks bright.