A 2021 SLAM Update For Surveyors 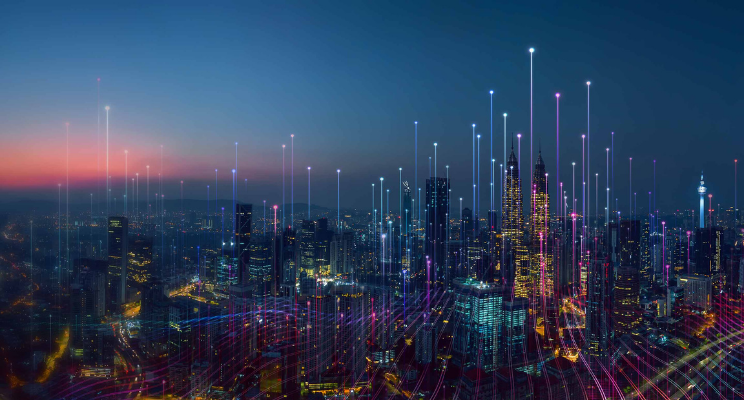 Indoor mapping at scale has for a long time been an unsolved problem. Static 3D laser scanning has come a long way — but it’s relatively slow.

Indoor mapping at scale has for a long time been an unsolved problem. Static 3D laser scanning has come a long way — but it’s relatively slow and constrained by access and set up. With SLAM, surveying can be dramatically accelerated, and surveyors need to be aware of the impending revolution that is 3D LiDAR-based SLAM.

SLAM scanners can go where traditional scanners cannot, and it works without a GPS signal. Combined with the ease of transferring to BIM, 3D LiDAR SLAM might finally deliver a method to capture and analyse sites at speed — quickly and efficiently.

However, where real breakthroughs will deliver change is in the ease with which SLAM data can be incorporated into broader surveying workflows, and layered on other types of reality capture data. As SLAM becomes a more integrated part of workflows, there will be a growing number of possibilities for how SLAM can be used.

The term SLAM stands for Simultaneous Localisation And Mapping. Initially developed for robotics applications, SLAM builds a map of an unknown environment while at the same time navigating using the map. SLAM-based LiDAR scanners are now being used more and more across construction, transportation, and urban planning.

What is 3D LiDAR SLAM?

The most common SLAM systems are visual SLAM (VSLAM, based on a camera) or LiDAR-based (Light Detection and Ranging), using 2D or 3D LiDAR scanners.

What does SLAM do?

SLAM automates a process that would usually require surveyors to reposition static scanners every time they move to a different position. Although SLAM scans have a reputation for being “rough-and-ready” — lacking the precision of stationary LiDAR — not every scan needs to be done to the same level of accuracy.

Carrying out scans faster opens up new opportunities for data capture, it’s about using the right scanning technology for the right project. Surveyors should look out for more SLAM devices coming on the market as this technology becomes more widely available and used.

There are significant advantages to putting on a backpack, walking at your own pace and scanning everything automatically. It’s an entirely different approach. You can open doors and even move things around while scanning. SLAM scanners are also now being fitted to mobile robots and drones — allowing widespread autonomous or remote scanning.

External mobile scanning was a great leap forward in terms of time savings and site accessibility. But its dependence on GPS made it less suitable for use indoors or in tunnels, caves, mines or potentially dangerous buildings.

The continuing success of SLAM will be down to speed and accuracy. Being able to produce many and frequent scans will have a significant effect on processes such as BIM (Building Information Modelling), and the speed at which scans can be converted into usable data formats e.g. solid 3D modelling or information modelling.

SLAM devices are more straightforward to use than traditional surveying equipment, making the technology more accessible to less experienced operators, and the user has options including vehicle-mounted, handheld, backpacks, and UAV.

There will also be a greater need for online services to be able to handle everything from post-processing to publishing using an efficient and dependable workflow.

Where will SLAM be used?

There will always be requirements for static 3D laser scanners and expert surveyors to achieve high accuracy. But the need for rapid 3D maps and models independent of the environment — outside, inside, daylight or darkness — is driving the uptake of SLAM technologies.

It is worth noting that the demand for scans is growing at a greater pace than the number of surveyors — and not all of these scans need high accuracy.

SLAM will enable surveying professionals to do more, especially when faced with spaces, such as ceiling voids or tunnels. For non-professionals, such as real estate agents who need to map the floor plan without disturbing the owner — it opens up new possibilities.

Facility managers, who are usually not trained surveyors, will also be able to collect 3D scans with SLAM to use for asset audits or planning maintenance and repairs.

An application we have touched on already for SLAM is comparing as-builts environment against actual designs. There is not much time to take measurements, and the sites can be dangerous, so fast collection of data is a significant benefit.

Hazardous conditions also require accurate and speedy data collection. Tunnel construction and underground projects must be planned well to make the most of production cycles. Above ground, 3D maps can also calculate and monitor the height of stockpiles in the mining sector.

SLAMs safety benefits are also invaluable for law enforcement and emergency response. Confronted with dangerous conditions, rapid collection of data will reduce the risk of injury. Mapping a crime scene can be carried out as quickly as possible ensuring the area is not disturbed.

The development of new camera sensors and the use of modern computational tools are critical drivers for Visual SLAM. Many new alternative sensors will be applied to Visual SLAM, including depth, light-field, and event-based cameras.

Brands like GeoSLAM and NavVis already have wearable scanners on the market. But there look to be more advances in sensors on the horizon, especially in miniaturisation. For example, Apple will include LiDAR scanners in their new phones — a move that demonstrates the maturity of the market and will help drive innovation.

The popularity of SLAM in surveying will grow — but its long-term success will be dependent on software rather than hardware devices. Modern point cloud registration algorithms are an excellent example of this.

By introducing automation and running on a distributed cloud model, point cloud registration software has unlocked the potential of 3D scanning by tapping into potentially unbounded memory and CPU power in the cloud.

The largest challenge for SLAM is overcoming processing times and the limitations of in-field computing resources. Expect SLAM to undergo significant capability improvements by integrating advanced algorithms able front-load inputs and rapidly align scans using scalable cloud computing infrastructure. This change will be the shift that unlocks the real power of SLAM, and will make it easier to use SLAM in tandem with other scanning technology.  Right now, it’s time to prepare for the coming 3D scanning revolution.

For more details, check out our free eBook — Are You Ready For The Cloud? A Surveyors Guide to The Future of 3D Laser Scanning.

It’s clear that SLAM will become a commodity. Apple’s involvement will accelerate demand. The rapidly expanding autonomous car industry will drive innovation. As the market matures, more and more use cases will be able to benefit from the flexibility of SLAM. Where they can be used, lower-accuracy laser scans will be performed on cheaper and smaller devices. People with little technical background will be able to carry them out.

At the same time, surveyors will be freed to spend more time producing the higher-quality laser scans needed for ground planning and mapping in the highest detail. All this will be made easier and faster using automated cloud-based software tools to collect, register, and ensure the quality of these 3D LiDAR-based SLAM scans. These same tools then make it easier to integrate SLAM data with other reality capture data sets, including point clouds. Together, this can improve the accuracy of SLAM and expand the ways in which SLAM can be effectively used.

SLAM is a fast-evolving technology. The bottom line: watch this space. Subscribe to get the latest updates and news on surveying, scanning, SLAM and all things LiDAR.