How Surveyors Should Use 3D LiDAR-Based SLAM in 2021 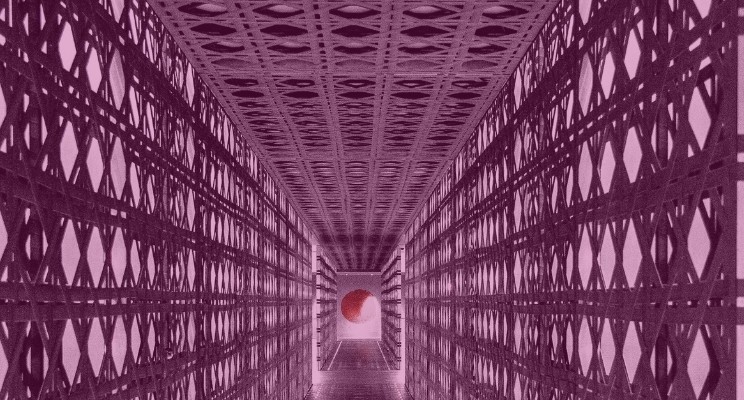 SLAM is an evolving and exciting technology that will change how surveyors work and engage with projects. How? The answer is efficiency and speed.

SLAM takes away repositioning of static scanners. Faster scanning will lead to new and exciting applications for surveyors. In 2021, SLAM will still be an emerging technology and needs to be applied where it will deliver the most benefit.

The term SLAM stands for Simultaneous Localisation And Mapping. Initially developed for robotics applications, SLAM builds a map of an unknown environment while at the same time navigating using the map.

What is 3D LiDAR SLAM?

Mobile scanning is a great leap forward in terms of time savings and site accessibility. But its dependence on GPS makes it less suitable for use indoors or in tunnels, caves, mines or potentially dangerous buildings.

SLAM-based LiDAR scanners are being used more and more across construction, transportation, and urban planning. They can go where traditional scanners cannot go, and work without a GPS signal. Combined with the ease of transferring to BIM, 3D LiDAR SLAM can capture and analyse sites much more quickly and efficiently.

SLAM automates a process that would usually require surveyors to reposition static scanners every time they move to a different position. Carrying out scans faster will open up new opportunities for data capture and will enable this technology to become much more widely available and used.

Static scanning is the benchmark for accuracy of site data. Static surveys need skilled professional operators, and it can also take days to process the resulting data. Without up-to-date access to information, decision-making takes longer. There is also the danger of decisions being taken based on old data which could compromise the whole project.

3D laser scanning systems could scan a site in minutes and continually update a digital building model. In summary: Lidar-based SLAM can deliver results which are:

For tightly regulated industries (for example, construction), more frequent surveys are also becoming the norm. The development of Level 3 BIM will drive the need for more live verification and progress reports across a project’s lifetime. 3D LiDAR-based SLAM can deliver such “on-demand” scans.

There is also a human factor in the move to SLAM. Likely, the number and types of surveys needed in the near future will outstrip the number of professional surveyors able to provide them.

Scans will be needed quickly within an acceptable tolerance of a few centimetres from a reference survey. It would make sense for Surveyors to focus on the scanning needs of the overall project and delegate lower-level accuracy scans to mobile devices. For this to work, surveyors will need to know the strengths and weaknesses of SLAM devices and deploy them accordingly.

Where surveyors should be cautious

Faster scanning is an essential advantage of SLAM. However, the algorithms are not quite sophisticated enough for mobile systems for them to be considered as a viable alternative to static scanners in every case. Surveyors should therefore look for SLAM applications focusing on less rigorous 3D measurement and mapping.

Understanding a bit about algorithms

SLAM relies on algorithms to work smoothly and accurately. The amount of data generated by LiDAR scanners requires efficient and low-latency processing.

SLAM algorithms are not aimed at perfection, but operational effectiveness. Several algorithms solve the SLAM problem of identifying where you are while mapping where you are, at least approximately and for specific environments.

The way that SLAM works results in noise and small measurement uncertainties, even when a device captures highly accurate individual measurements. Over time, errors in measurements can produce larger errors in the estimation of location.

In many SLAM solutions, the software for capturing and processing very accurate individual measurements results in a build-up of noise and measurement irregularities. Over time, estimated motion starts to diverge from true motion, known as “drift error”. This is often seen as a slight bending in long corridors that are actually straight.

Pro tip: One approach to reduce these errors is to use methods such as loop closing, where the algorithm can recognise if a place in its map is revisited. This allows it to work out and correct any cumulative error up to that point.

Managing too much data

A large part of the challenge of SLAM is the move to mobile scanners. Inevitably, the number of points to process increases dramatically and puts a strain on hardware and software to cope.

The processing requirements are too much for the kind of small device that could move through complex environments such as a warehouse, tunnel, or cityscape. There is not enough on-board processing capacity to handle the complex calculations needed.

There is, however, potential to offload data processing to the cloud through real-time parallel computation, enabled by 5G. If coupled with more cloud-oriented algorithms, this would generate significant performance gains.

Investing in the future of SLAM

The popularity of SLAM in surveying will grow on the back of indoor mobile robotics. We’ve already seen how such developments gain traction.

Modern point cloud registration algorithms are a good example. They can run on a distributed cloud already. This, in turn, gives a way of unlocking potentially unbounded memory and CPU power.

We will see dramatic changes in surveying in 2021. There are exciting opportunities in software and algorithms yet to be explored. A lot will depend on how technologies such as AI, IoT, and network technologies, such as 5G,  interact and improve each other. In 2021, SLAM will be the catalyst for such change. Watch this space.

How to Get Started with 3D SLAM as a Surveyor