How automation and robotics will impact construction in 2021 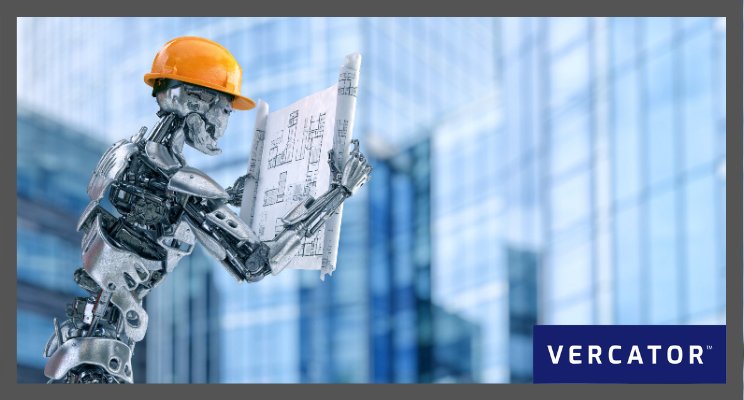 Look around — self-driving cars, self-cooking, home maintenance, security, and surveillance robots — you'd think robots were already all around us.

Look around — self-driving cars, self-cooking, home maintenance, security, and surveillance robots — you'd think robots were already all around us. Yet, we've barely scratched the surface in the use of robotics. Germany was held as a paragon of industrial robotics — yet only 8% of manufacturing plants were using them in 2018.

But, if there is one thing 2020 proved, we are all more open to practical solutions for robotic technology, and 2021 might be the year to make that happen. The advantages of robotics in construction are well known, but so are the limitations. Here, we are going to explore the evolving space of robotics in construction, and make some predictions on the impact that our autonomous friends will have on the industry this year.

Where robotics will thrive

A report from McKinsey reckons that it is already possible to automate almost half (47%) of the work involved in construction. However, most of the automation gains to be had are in the area in which robotics has the most problems – uncontrolled environments.

Unlike any other product, each construction project can be considered a prototype. Each building design is dependent on locations, materials, functionality, materials used, and cost. It isn't easy to standardise building projects. So, to be effective, robotics cannot just be used for assisting with actual construction. They need to be an integrated part of providing visibility, proactively identifying issues, tracking progress, and more.

McKinsey estimated it would take decades for automation's effect on current work activities to fully play out. But the long-term benefits are worth pursuing. Here are just some of the areas automation and robotics are beginning to transform:

2. Reducing the number of injuries during construction

Robotics and remote operation have always offered meaningful benefits to keep humans out of harm's way. This is being seen in:

Robotic investments are likely to focus on areas where their success can increase human safety in addition to bringing additional benefits.

Robots not only promise efficiency, they also tend to be more accurate.

For example, effective 3D printing requires millimetre precision, rather than centimetres. Precision means construction robots can reduce waste, which also improves sustainability. Consuming fewer resources and running machinery for less time reduces environmental impact, which we are all looking for.

Exciting technology is having an impact

The simpler application of robotics within controlled environments makes prefabrication a prime area in which robotics will gain prominence first — filling manufacturing roles in the factory before being transplanted to field operations.

2. 3D printing both on-site and off-site.

3D printing is an increasingly popular construction technology, and is deployed both on-site and to prefabricate components. We expect to see the increased deployment of robotics in both contexts. Great examples of successful on-site 3D printing include the SQ4D 3D printed home or the apartment block built by PERI in Germany. Already, COBOD, the PERI printer manufacturer, is looking to develop its printers to print buildings with up to 20m height dimensions.

Up until now, the first step towards automation has been about identifying point solutions that lend themselves to automation. To put it another way, find what is most dull, dirty, or dangerous — and get a robot to do it.

While we have seen some exciting advances, robotics in construction cannot fulfil its full potential if such point solution improvements create unintended consequences elsewhere in the overall process. Does a robot bricklaying robot really improve overall efficiency and effectiveness? To use a rowing analogy — will it make the boat go faster?

Fundamental to the success of robotics in any project requires having a clear and up-to-date picture of the whole process: the design, the build, the site and how it is evolving. There is an argument that we should be paying as much attention to the softer (but generally harder to do) side of construction (teamwork, economics, collaboration) as we do to the hard (and relatively more painless) technology. On top of that, better planning can help deliver the visibility on-site robotics need to overcome the unknown environment and be deployed to best effect.

Fortunately, advances in 3D reality capture are providing the measurement and situation analysis for robotics and automation to begin to thrive, and BIM (Building Information Modelling) is providing the framework.

The development of BIM and robotics are driving the need for more live verification and progress updates. Information can also be gathered to contribute to next stage planning, enabling later structural modifications, or optimising regular maintenance schedules.

Reality capture innovations now enable surveyors to digitise spaces in minutes and acquire and process that data. Mobile and handheld reality capture technology is making this even simpler. More frequent surveys are becoming the norm, and robotics are playing a part on both sides.

The demand for up to the minute maps and data means you can't make scanning a bottleneck. You must automate large sections of the scan registration process to enable hands-off registration. For example, at Vercator, our point cloud processing algorithm uses a unique multi-stage and vector-based approach. This dramatically accelerates and automates point cloud registration, and makes it far more effective to deploy cloud technology within the process.

For robotics to thrive, you need to turn the result of your many scans into usable information as quickly as possible. When you can separate small subset elements from within the larger point cloud, you can categorise, count, and attribute objects with ease. For example, you can specify the object you want — a road sign or a chair — and the point cloud is analysed. The objects are automatically logged into your database to potentially be used to manage and control the robots on site.

SLAM for scanning at speed

SLAM is another reality capture game-changer. 3D LiDAR-based SLAM can deliver "on-demand" scans, scaling with the increasing Level of Detail (LOD) needed for each stage.

Since SLAM allows mapping and positioning without an additional source of positional information, it is perfect for indoor mapping. By removing manual set-ups, time and cost savings are potentially enormous. For example, SLAM based mobile mapping systems can be over ten times faster than traditional methods at acquiring data.

Suggested reading: if you want to learn more about the future of SLAM, check out our free ebook — How SLAM Enables the Evolution of Reality Capture Technology.

It's a marathon, not a sprint

If there's a positive takeaway for the construction industry for 2021, it's that the pandemic has moved construction technology awareness to a level that wouldn't have been achieved for years. It can now be acknowledged that automation in construction is critical to the future of the industry. Robotics and technology can improve productivity, eliminate inefficiencies, attract workers, and make sites safer.

Although this robotics revolution is still some way off, the groundwork for more practical application of robotics is here. Making the most of robotics means investing in reality capture technology able to deliver the visibility you need to effectively plan around automation and incorporate robotics into your workflows. By getting ahead of the curve today you will be able to make the most of your investments. Good luck and get planning!

What Are the Most Popular Types of Point Cloud Processing Software?

How to Take Drone 3D Land Mapping to the Next Level