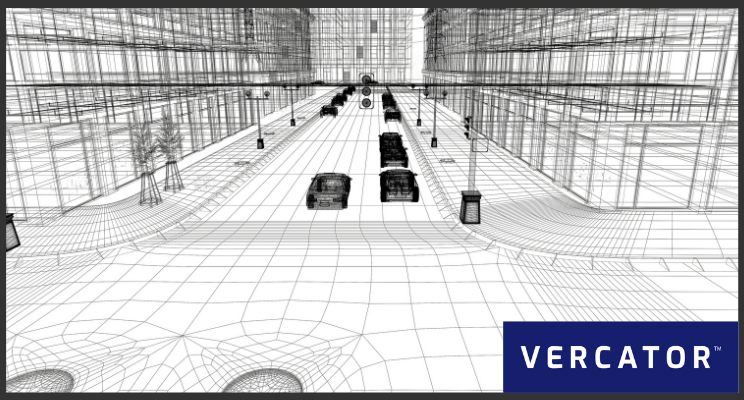 Reality capture and digital transformation within construction are currently undergoing a simultaneous, and interrelated, renaissance.

How to Deploy Wearable Reality Capture in Construction.

Reality capture and digital transformation within construction are currently undergoing a simultaneous, and interrelated, renaissance — helping drive growth through automation in construction. Nowhere is the leading edge of this development more pronounced than the relationship between both SLAM (Simultaneous Localisation and Mapping) and BIM (Building Information Management).

SLAM-to-BIM is the process of using SLAM data to inform BIM schematics and planning — an evolution of the more common term “scan-to-BIM”, which describes this process using more traditional laser scanning hardware and techniques. Realistically, however, SLAM-to-BIM is just one part of a wider reality capture (and scan-to-BIM) process, and needs to be deployed for the right reasons at the right time.

Here, we are going to take a step back and explain what SLAM-to-BIM can do and what it can’t. We are also going to provide advice on how you can more effectively integrate SLAM into your wider reality capture workflow — and the benefits that reality capture brings to construction. Let’s get started.

Suggested reading: If you are unfamiliar with either BIM or SLAM, it’s worth getting a refresher before you continue.


In order to unpack the role of SLAM-to-BIM in construction, it makes sense to start with scan-to-BIM. Put simply, scan-to-BIM is the practice of using 3D laser scanners to build BIM schematics of existing spaces — It’s the use of real-world reality capture data in BIM planning. This can be done at multiple stages, including:

SLAM-to-BIM delivers the same outcomes and possibilities as scan-to-BIM. It simply uses SLAM, rather than traditional LiDAR (Light Detection and Ranging), or other reality capture techniques. Effectively, SLAM-to-BIM is a subcategory of scan-to-BIM that deploys SLAM in order to capture spatial information for inclusion within BIM planning.

Pro tip: Not all BIM is the same. For example, the UK BIM Level 2 mandate can more accurately be described as a standardisation of file types using CAD (Computer Aided Design) processes. Only database-first BIM Level 3 can deliver the kind of improved construction workflows needed to maximise the ROI of scan-to-BIM strategies.

The pros and cons of SLAM

SLAM-to-BIM is effectively defined by the advantages and disadvantages of SLAM. Primarily, SLAM is fast and easy. Compared to traditional static laser scanners, the mobile nature of SLAM-enabled scanners delivers far simpler and accelerated workflows. The problem with SLAM is precision.

SLAM algorithms are trying to map an unknown space while simultaneously keeping track of your location within it. It’s the process of “simultaneous localisation and mapping”, and that can be accomplished in a number of different ways. However, all of these different methodologies produce data outputs that are far less precise than static scanners can provide, simply because of the additional unknowns introduced into that equation.

It's possible to draw data from multiple sensors and cross-check against each other to reduce errors and execute loop closure to get more accurate end outputs. However, SLAM fundamentally relies on approximations. Realistically, that’s what SLAM outputs are meant to be.

When to use SLAM and when to not

SLAM is great within a context that prioritises speed and simplicity. If you need quick access to spatial data, SLAM delivers the most effective way to that outcome — and can be done so by individuals without much training. With the barrier to adoption lower, scanning can be more readily deployed. However, SLAM should not be used where precision measurements are required. SLAM hardware has an accuracy limitation; delivering a coarser result, e.g. a rough lay of the land.

Don’t use SLAM when you need to make precise measurements based on the outputs. If you want to use your scan-to-BIM data to quality control exact measurements or details, mobile scan data will not deliver accurate or sufficient outcomes.

SLAM is at its best when deployed to gain quick access to data. But this does not cover all of your scan-to-BIM requirements — or reality capture requirements, more generally. Critical to the effective application of SLAM to improve construction workflows is finding ways to integrate SLAM data with other reality capture tools.

What is needed for effective use of SLAM is technology able to combine multiple SLAM data sets, or combine mobile scan data outputs with traditional point cloud data sets. At Vercator, this is a project we’ve been working on for some time.

By expanding our multi-stage and vector-based point cloud processing algorithm, we’ve been able to manage post-processing of multiple mobile scan data sets. This can be done reliably, in the cloud, and at speed — allowing mobile scan data to be registered and aligned with many more data types, all without complicating workflows.
Suggested reading: If you want to learn more, check out our free ebook — How SLAM enables the Evolution of Wearable Reality Capture Technology

The future of SLAM

SLAM is an evolving technology that will improve in the decades to come. Significant developments to SLAM accuracy and precision may enable SLAM to be used for new and exciting applications. However, for now, SLAM’s future is defined by the hybrid use of technology — deploying multiple sensor types and scanning processes in order to capture the right data at the right time.

For surveyors and construction teams, the challenges with SLAM centre on effectively integrating SLAM data with wider data sets. Realistically, figuring out how to best use SLAM is far harder than capturing those data sets in the first place. This is where technical skill and planning still play a major role in the successful application of SLAM and reality capture. The sooner you start experimenting with these new tools the better. Good luck and start planning!

How Mine Surveying is Changing an Industry

What Are the Most Popular Types of Point Cloud Processing Software?