The Most Popular Laser Scanners for Creating Point Clouds 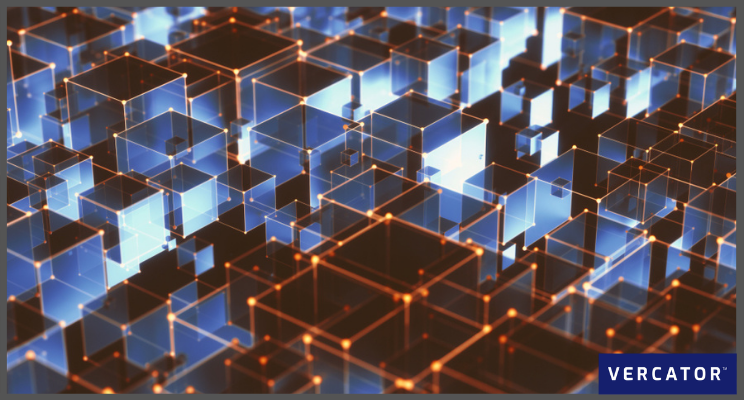 Here we look at the main scanner types, the use-cases they are popularly deployed to execute, and how you can use this information to improve outcomes.

Point cloud scanners and reality capture are going through a renaissance. Stable and mature technology has contributed to an expansion in use cases. The result is that more people across a broader range of industries are innovating new solutions and helping drive forward both hardware and software capabilities.

There are many new types of scanners on the market. However, more fundamentally, we are at a tipping point with regards to how scanners are used. Multi-scanner workflows are critical to getting the job done, allowing the right scanner to be used at the right time within a single operation.

There are two main ways of looking at different scanners:

Rather than solely focusing on a particular brand or scanner, it’s important to think about how all of your scanners work together. Realistically, that has as much to do with software choices as the specific hardware you use. It also makes focusing on “scanner type” a more productive option for actually deciding what capabilities are missing from your workflow.

The diagram below demonstrates how different scanners line up with use cases — primarily dictated by distance and accuracy considerations. What this graphic doesn't show is additional components of cost or ease of integration of those scans.

The most popular laser scanners will be those that deliver outcomes — not just scans. A multi-scanner workflow (tied together by advanced point cloud processing software) is crucial to ensuring flexible and optimised results. Here, we’re going to look at the main scanner types, the use-cases they are popularly deployed to execute, and how you can use this information to improve outcomes.

Terrestrial laser scanners (TLS) are the bread-and-butter of reality capture. Particularly when deploying 3D reality capture for building construction, or other contexts where engineering-grade measurements need to be made, these are the core scanners able to deliver scene coverage and high-detail accuracy.

TLS systems generate multiple static scans based on line of sight measurements to provide detailed and accurate mapping indoors and outdoors. Arguably, they are the most cost-effective and versatile scanners available. The question generally isn’t whether or not you need a terrestrial laser scanner, it’s what other types of scanners you should be using to augment the capabilities of your TLS.

The differences between TLS systems (in terms of cost and functionality) mostly comes down to accuracy and range.

Traditional MMS features laser sensors mounted onto cars, aircraft or drones, trains, and boats to capture vast terrains or landscapes. However, SLAM is increasingly being used in 3D laser scanning for mobile mapping and surveying applications, allowing for the proliferation of wearable MMS. Such 3D scanners are part of the iMMS (indoor Mobile Mapping Systems) category, which belongs to the broader MMS (Mobile Mapping Systems) ecosystem.

iMMS are optimised for indoor mapping and large infrastructures, construction sites, mines, or even forests. In terms of capabilities and use cases, there are significant variations.

Metrology scanners deliver high-accuracy and repeatable measurements. They are mainly used for 3D geometrical surface inspection. Mobile metrology grade scanners can use structured light measurements to provide less accurate (although still very accurate) results within a limited range. Popular within manufacturing and archaeological contexts, metrology scanners are finding an increasing number of use cases. However, they remain a relatively niche type of reality capture.

Aerial scanners are long-range, sophisticated and expensive devices. They combine data from multiple inputs and are often used for global mapping — mounted to both drones and conventional aircraft. For most users, they are usually best rented rather than purchased.

Thinking about the specific type of scanner you need should be your number one priority. However, it then becomes important to consider brands. Within that context, there are a number of core names you’ll see in the market. A quick overview of each will help you orientate yourself and make the right choice. This list focuses on terrestrial laser scanner manufacturers.

Faro offers a range of popular and widely used laser scanners, some of which are generalists, while others are focused on specific use cases. Faro offers its own processing software (Scene), but it's scanners pair easily with third-party options. This versatility, and the relative affordability of their hardware is one reason for the popularity of the company. Combined with the small size, fast scan speeds, ease of use, and often multi-purpose capabilities of their scanners, Faro has been a long-time staple of the surveying community. The Faro Focus series is their main product line for indoor and outdoor surveying.

Founded in 1981, Faro has an annual revenue of over $360 million and is considered an industry leader in 3D measurements, imaging and realisation technology. Faro technology is popular with manufacturers as well as surveyors. Many of their scanners are focused on delivering precise models of objects, rather than surveying.

The German company Z+F delivers a range of robust and sophisticated hardware and software solutions for reality capture. Founded as an engineering company in 1963, they developed their first laser scanner for railway measurements in 1994 and their first scanner for the 3D documentation of objects in 1996. There has been a Z+F subsidiary in the US since 1998 and in the UK since 2001.

Their flagship static scanners are the IMAGER series, providing a range of capabilities in a number of different packages. The Z+F scanners offer high quality data, and with integrated HDR cameras they offer arguably best in class imagery. The Z+F IMAGER 5016 model is compact and lightweight with an integrated LED enabled camera with the benefit of additional internal positioning sensors. Conversely, the IMAGER 5006EX is the only explosion-proof laser scanner in the world — delivering robust capabilities for volatile environments. Z+F also offers to the market a number of 2D profiler laser scanners which can be utilised on both trolley and vehicle mobile mapping systems.

Leica: Scanning, processing and 3D modelling in one place

Leica Geosystems is a ‘premium player’ in the surveying industry. They create high-quality products with a number of diversified specialisations, and focus on delivering an end-to-end user experience. Rather than depending on third-party integrations, Leica encourages users of their scanners to rely on their in-house processing software. In fact, with the exception of a few limited partnerships, Leica scanners are only compatible with Leica processing software. The staple Leica laser scanners are the Leica ScanStation P50/P40/P30.

For long-range scanners, Riegl is really second to none. They dominate the aerial market and are used heavily in the mining sector. But their products are expensive. Whether or not range is a priority is one of the main decisions you should make if thinking about investing in top quality Riegl hardware.

The Riegl terrestrial laser scanner mainstays are the VZ-Series. The VZ-6000 and VZ-4000 are their ‘standard’ products. They are both, however, capable of scan distances far in excess of other scanners on the market — 6km and 4km respectively. Even by Riegl standards, these are long-range specialist scanners. They deliver a respectable scan rate of 222k points per second, have built-in digital cameras, integrated GPS receivers and multi-target capabilities. At 150m, both deliver an accuracy rate within 15mm.

Trimble: An American giant in surveying

Trimble is the American leader when it comes to both 3D point cloud processing software and hardware production. Founded in 1978, they have an annual revenue stream nearing $3 billion. Trimble develops laser rangefinders, UAVs, inertial navigation systems and GNSS receivers. Their technology has a reputation for being fast, clean and consistent.

How to make the right choice

What makes a scanner popular is going through a bit of shift change at present. It may be worth forgetting the brands you have loyally used for years. Instead, focus on choosing the right type of scanner and think about brands later.

The first task in your purchasing decision is to align use cases with scanners. This will help you understand the scanning required to get the job done. Then you must figure out how your different types of scanners best work together — and then you can create a holistic workflow that matches the best scanners for the best jobs.

Although we strongly believe in the importance of thinking about outcomes, there is one brand difference that you critically need to keep in mind — how well those scanners work with other types of scanners. Some manufacturers limit the ability of their scanners to integrate with third-party software. This severely limits your ability to flexibly deploy these scanners within a multi-scanner workflow, and need to be kept in mind when making purchasing decisions.

Focusing on outcomes and use cases

Each main type of laser scanner has a central use case, but they are increasingly beginning to overlap. Indeed, at the extremes of very high accuracy or vast range — your decisions are made for you — the middle ground is becoming less clear cut.

Effective reality capture is increasingly dependent on the merging of multiple types of scan outputs. You have to combine scanning techniques, each with its own strengths and weaknesses, to maximise the tools at your disposal. However, your ability to make this kind of workflow possible has more to do with your software choices than the scanners you deploy.

Modern scanner developments now are, fundamentally, dependent on software innovation. For example, your ability to leverage technology such as point cloud data classification and point cloud feature extraction is entirely software-based. To improve outcomes, you need to think about workflows first, including both the scanning process and downstream deliverables. Processing software, modelling tools, and file-sharing capabilities dramatically impact workflows and need to be considered simultaneously to hardware decisions.

At Vercator, we believe in driving hardware-based outcomes using software — something we see as a significant LiDAR mapping trend. Get in touch if you want to learn more about how Vercator Cloud can transform the use of your existing laser scanners and impact which scanners to invest in for the future.